The Cats' Next Opponent Is Missouri at Rupp on Saturday night at 8:15 PM
Here are the Missouri Game to Game ANE Graph and a comparison with the Cats'

NOTE: Mississippi started the season in a declining trend for 10 games and then reversed course into a rising trend for the next 10 games. Since game 21, Mississippi has been in decline again until stabilizing for the last 4 games at about its current efficiency. This is an 8 point match up on a neutral court.

THIS PAGE PROVIDES EVERY BIG BLUE FAN A GATEWAY
INTO THE 2017-18 BASKETBALL SEASON
NOTE: Remainder of This Gateway Will Be Updated Prior to the 2017-18 Season

How Have UK Teams Performed Over the Years?

How Have Kentucky Opponents And National Contenders
Performed and Trended Over the Last Decade?
Click Here To Explore

Ken Pomeroy's algorythm for projecting pre-season rankings yields the following top 10 for the 2017-18 season.
I have added Pomeroy's Pre-season rankings to the table above. Two (Kansas and Duke) of the ANE top 10
are not included in the Pomeroy Top 10. Pomeroy includes West Virginia (ANE#16) and Florida (ANE#12)
in his top 10 in place of Kansas and Duke. Very Interesting. 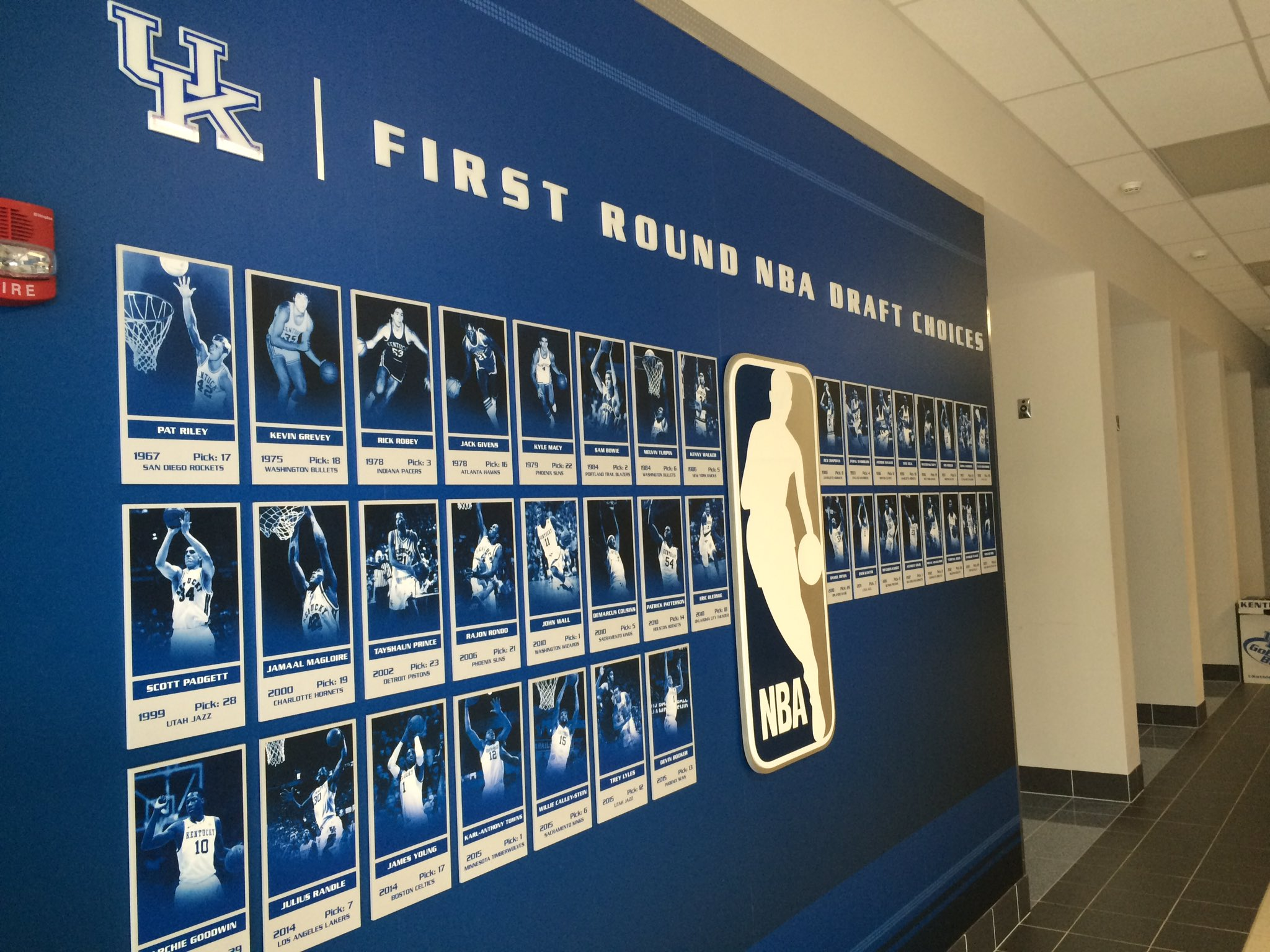 Jay Bilas Lays Out The Formula For Success

YOUR GATEWAY TO THE 2018 NCAA TOURNAMENT
CLICK HERE!!!
(Will activate in early March When Field Is Announced)

Scoring is the Product of Tempo and Efficiency
Here is How The Factors Have Varied
( Source: http://www.kenpom.com )

Since 2002, the NCAA Tournament Champion has met three efficiency based criteria
and Must Remain "alive" in the tournament field :

Who will rise to the top using this criteria in March 2018?

Many People Say
"This Year There Are No Dominant Teams and the NCAA Is Wide Open"
Is that the case in 2018?
Is it really ever the case?

The Current Top 100 Ratings
Based On ANE
With Relevant Details

Sometimes the truth does hurt
Read it and weep, all opponents 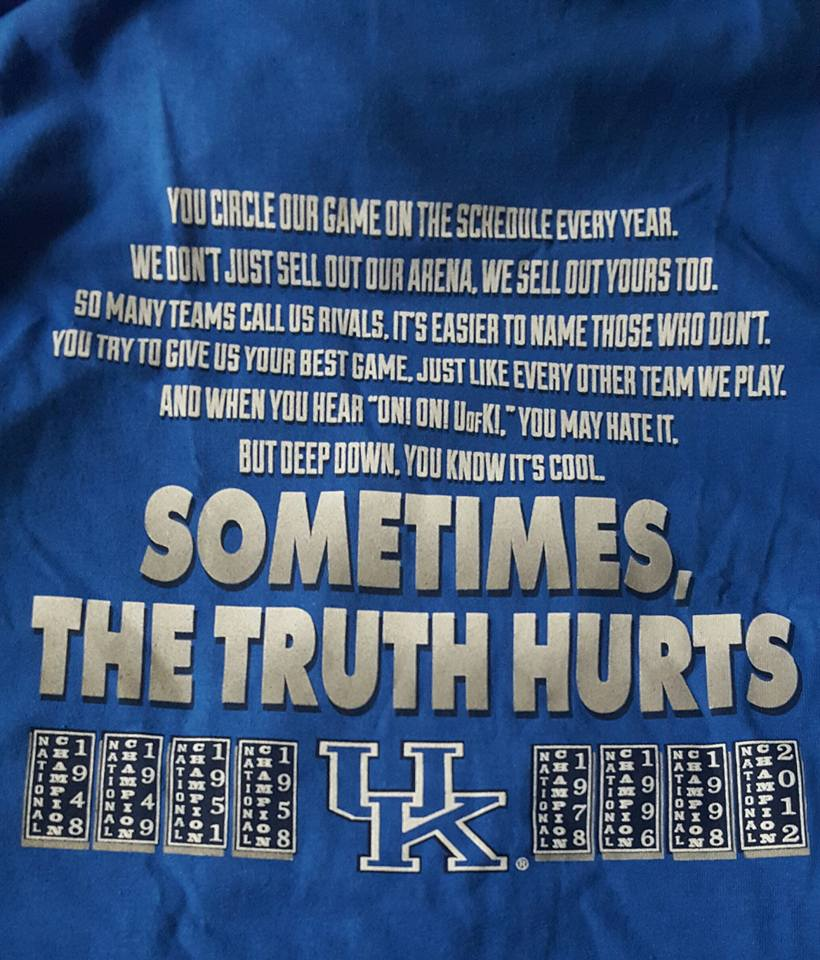 All 2016-17 Opponents With Pythagorean Rating
Pre-Season

INDIVIDUAL EFFICIENCY FOR ALL UK PLAYERS SINCE 1996 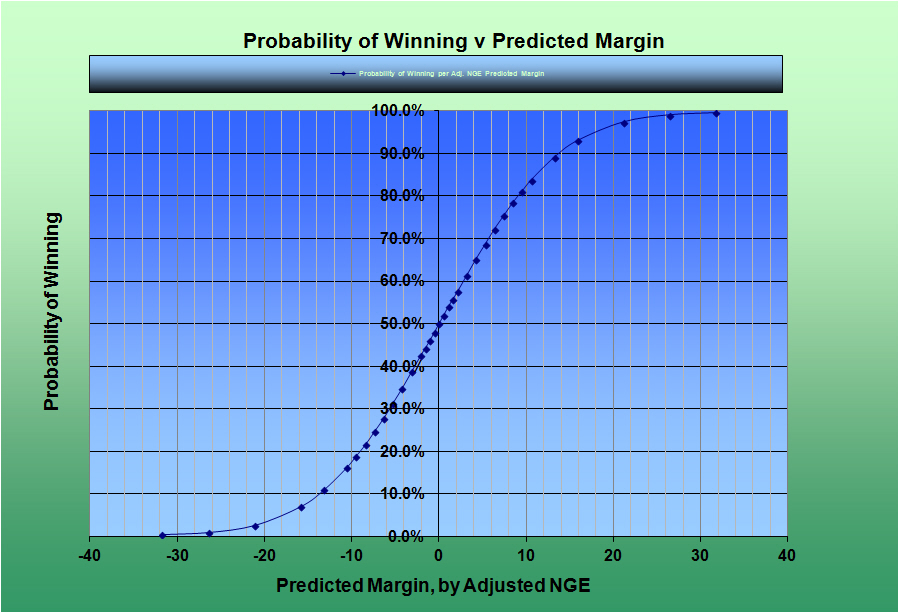 How Have The Pomeroy Rankings Worked Out
With Recent National Champions?

See the Details at this LINK!!!!

Follow the 2016-17 Cats From a Mid-summer analysis
of the roster, to pre-season predictions, and then game by game analysis.
You can use the following link to start the reading in sequence,
or you can select links to specific installments below:

Follow the 2017-18 Season
With Game to Game Analysis
In the Sequence Written,

Go Directly To A Specific Installment of This Series:

02 How Does Shooting at Home and Away From Home
Impact the Home Court Advantage-PART 2?

11A WHAT CAN WE READ IN THE TEA LEAVES AFTER THE FIRST FIVE GAMES?

14A Are the Cats Being Respected As They Deserve?

27 Triumphant Cats Return To Rupp For Rematch With Vanderbilt

28 Cats Move Into Last Half Of SEC Schedule At Missouri

29 Cats Limp Back From Missouri Seeking Payback Against Tennessee

30 Cats Return To The Road For Rematch With Aggies

34 Cats Return To Rupp For Rematch With Missouri

38 Survive And Advance: That is what Kentucky and Alabama Did Today
They will face each other tomorrow in the SEC Tournament Semifinals

41 Kentucky Advances To Second Round To Face #13 Seed Buffalo

42A HOW RELIABLE WERE THOSE BLASTED TEA LEAVES
IN NOVEMBER AFTER THE FIRST FIVE GAMES?

PREDICTED V. ACTUAL SCORES, MARGINS, AND TOTAL POINTS
FOR ALL GAMES IN THIS AND RECENT SEASONS

ANALYSIS OF KENTUCKY BASKETBALL
WITH TEAM AVERAGES FROM 2000 THROUGH 2017

RETURN TO THE
NEWS INDEX

Buttons at the Bottom of Each Page.
To Return to "BigBlueFans4UK" Domain,
Use one of the Navigation Buttons in the Left Frame

What is a Possession?

Why Do "Upsets" Occur?